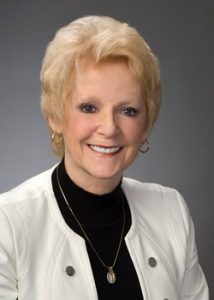 Sharon McCloy-Reichard was appointed to the Alcohol, Drug and Mental Health (ADAMH) Board by the Ohio Department of Mental Health and Addiction Services. Her appointment runs through June 30, 2021. McCloy-Reichard most recently served as the executive director for CHOICES for Victims of Domestic Violence. She also served as the Director of Public Service and the City Administrator for Grove City and is also a member of the American Psychological Association. McCloy-Reichard was also a recipient of the Red Ribbon Award of Excellence that was later named in her honor. McCloy-Reichard received her Masters of Arts degree from Fielding Graduate University in Santa Barbara, California and her undergraduate degree at Capital University in Bexley.

ADAMH Board of Franklin County

ADAMH funded the Asian Festival to host a webinar on COVID-19 Mental Wellness, Coping Strategies and Self-Care, cosponsored by the Ohio Asian American Health Coalition and the Asian-American Community Service Council.
This is scheduled for TOMORROW, Thursday, July 9, 7-8 pm and repeated on Saturday, July 11, 4-5 pm.
Please email msankarappa@yahoo.com to register.
...

Share on FacebookShare on TwitterShare on Linked InShare by Email

ADAMH Board of Franklin County

“If you drive by the ADAMH building now, you will see a beautiful mural designed by Lisa McLymont and painted with help from ADAMH board members and staff. Our building is still temporarily closed, but our staff are working remotely and ADAMH behavioral health providers are still serving the community. We are picking up the pieces together.” – Erika Clark Jones, CEO, ADAMH Board of Franklin County ...

Share on FacebookShare on TwitterShare on Linked InShare by Email